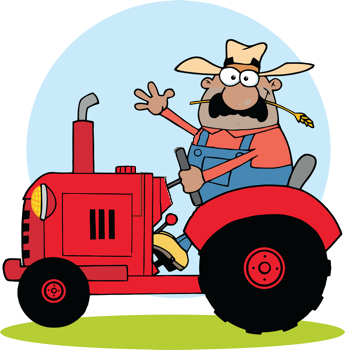 So anyway, in a big town people talk about themselves or about grand things, international things about which no one really has any great intimacy. Endlessly. Over and over. And they call that News. In a small town people talk about each other forever and forever. Endlessly. Over and over. They call that news. That is the difference.

It does not feel much like it, but Spring has advanced upon NorCal. We have had days of overcast Blakean skies ominous with chiaroscuro portent and muscular gods hidden among the folds, yet little of refreshing rain to clean up the air. Nevertheless, the yards are crowded with Sam's daffodowndillies and once again the calla lilies . . . the calla lilies! "the calla lilies are in blewm again. . . ".

The contractors have all been thronging Home Depot down there on Alameda Street beside the water and trucks have been picking up los migras from the designated area that leads to the parking lot and you can see sturdy men in paint-spattered canvas overalls hauling flagstones down the aisle, and signs for hauling and gutterwork bloom all along the chain link fence, which all means great things are about to happen.

Eduardo and Rafe returned home, not that they wanted to, as life for them was good in far distant Independence where the crow call of their father, Augustino, remained but a distant and unpleasant memory and there was money to be made for Rafe running the little fishing guide enterprise he had and for Eduardo who did contract work for the Inyo County School District and life was good fishing for trout in Lake Crowell. It was not much money for either of them, but they were grown into simple men with simple needs and the fish from the lake were good.

Life had been good there with the Glacial Divide seperating them from their domineering father and their mother who these days had difficulty remembering what she had for breakfast.

But the message came that Maman had taken a bad fall and the doctors knew nothing about it and it was all a terrible crisis and perhaps Maman would not come back from the hospital at all.

The boys flew in from Reno, which is a good two hundred miles north of Independence up 395 to find Maman sitting there placidly eating pepitos from a paper bag. She seemed only mildly interested that the boys had dropped everything, left behind wives and children and friends and jobs in this hard economy to see about her welfare.

"Hokay, so nice to see you, my boys! My only boys! You know the other ones, the ones that would have been so nice your brothers, well, they died. So you are all I have left! You wan' pepitos con crema? Lets sit here and watch the sopapillas grow . . .".

But Senor Augustino had no interest in pepitos or watching cactus grow. The reason he had concocted this fabuloso histoire about Maman was to get the boys to help with digging up the back yard for a project he had in mind.

The Senior had been a major player in the anti-union growers organization in the Valley. He had fought for many years against los malditos comunistas, as he called the organizers like Chavez at the time. He had been a big man in those days and his retirement had been well rewarded, but he missed the times when he could order men around, make them do things against their will, maybe sometimes embarrassing.

Senior Augustino was of Old Californio. You did not work the land and make a living -- you did battle against Nature and all human adversaries, and you had to be hard indeed, for someone would come along and take everything away from you and then at any time fire or earthquake could do just the same. The weak were eaten and there was no place for dreams.

By modern standards, life at home for Rafe and Eduardo was severe. Up at dawn and if not a bucket of cold ice water did the trick with no breakfast. No games, no play. All was serious intent, even soccer practice. You practiced to win and that was the point.

It is important for newcomers to this place to understand where the present day Californios came from for there to be a real understanding of why things are the way they are.

Now at 79, the Senor was a man of admittedly failing powers. As for Maman, well, clearly there would be no more sons or daughters out of that woman, as he saw it, and so very well. Also there was the tiredness and the sense that many of his lifelong acquaintances of the same age seemed to have chosen a path to rocking-chair senesence, a life in death of naps and rising only to nobble on a plate of num-num and then fall back again into stupor. Or worse, those hideous games run by volunteers from the church where all the old people did these silly dances in a circle just to jiggle their bones awake for a while!

This, he swore, would not become his own fate. He was not old! He was only 79 and full of vigor and life and spit! Indeed he was of old California, of the kind they do not make any more.

And he had decided that he, Augustino, would build a fabulous pond stocked with rare Japanese Coi. And he would have a house for raising prize guinea pigs. Right in the backyard!

For this project he required labor -- lots of it -- and what better source than free labor from those worthless sons of his who had never repaid a single dime for their upbringing, their education, all their clothes, and all the useless frippery Maman had thought to inflict upon his budget.

So they were so many wrigglers cast forth into the world to live their own lives. Well, he would reel them back and show them how to work by dios amigo!

In the morning he got them out of bed and put shovels in their hands and put them to work digging and hauling rock. By midday, it became pretty clear that even though his own arms were still sinewed and strong like rope cables, using two city-bred hands to dig a pond some fifteen by twenty feet across and some four feet deep would be, if not impossible, then eternal labor. Those idiots did not even know how to wield an auger let alone a shovel and a pickax and their complaining was endless. To cap it all, there came Maman with a tray of lemonade and pepitos, waddling along in those idiotic fur slippers of hers to get in the way.

"Maman! Go take your medications!" shouted the redfaced Augustino. "Go away and take a nap!"

Well, he would show them. He would get this hole dug. And so, to the relief of everybody, Augustino went away for a while.

The next door neighbor, a man by the name of Lars Halvorsson, looked on with some concerned amusement, for the man's house was cheek by jowl with others on quarter acre lots and all this activity caused a ruckus as well as a fair amount of dust. Then there was the matter of the debris bin out front taking up parking space on the street.

Eduardo called on their friend Lupe, who had become something of a curandero by reason of having attended two semesters at UC School of Medicine before flunking out to take wholistic classes from Indians in Sonora while supporting himself as a drag queen. Lupe speculated killing their father might do the trick, but Eduardo did not think that would end very well for him and his brother.

Augustino returned towing a trailor with a rented backhoe. "Observe, my children, how things were done in the old days, when men knew how to get things done well!"

He unloaded the backhoe and drove the thing around to the shallow ditch that the three of them had worked all morning and plunged the blade down into the soil where it promptly cracked open a pipeline that sent a geyser of dark water high into the air.

Senior Augustino yanked abruptly on the control handles, too late and sent the blade high into the air and then froze there as water came down from the fountain all around them there.

Mr. Halvorsson burst out of his screen door shouting, about what it was impossible to tell.

All stared down into the pit that now quickly filled and soon welled over to run in a muddy stream alongside the house into the cellar and out to the street.

All stared down except for Senior Augustino who stared upward with a curious expression on his frozen face.

When Eduardo thought to look up he saw that the backhoe blade had neatly nicked the overhead powerlines.

"My electricity is all gone!" Mr. Halvorsson shouted. "What did you do?"

One end of the powerline lay smoking in Senior Augustino's lap. He continued to stare upwards with wide-open eyes, not seeing the heavens.

They say the funeral was modest yet, appropriate for a man of Senior Augustino's stature. He was cremated, even though a burial plot had been purchased, which some though strange, and the two boys returned to Independence. The house got sold to a Vietnamese family who created a whole new set of problems for Mr. Halvorsson. Maman went to a SNF without complaint for it stood around the corner from a nice panaderia.

Late at night the Editor went to the door of the Offices after hearing a knock to find a small cardboad box on the stoop. Inside he found a dark granular sort of burnt powder with chunks of greyish stuff mixed in. The note simply said "Deseche correctamente". He did not understand Spanish but he took the box and put it up on the shelf next to the bell jar encasing the brass fantod to be dealt with later.

Right then the long howl of the throughpassing train ululated from far across the water, across the dark green waves of the estuary brushing the rip-rap and wavered across the rustling grasses of the Buena Vista flats and the open spaces of the old Beltline as the locomotive glided past the dark and shuttered doors of the Jack London Waterfront, headed off on its journey to aesthetic parts unknown.

That's the way it is on the Island. Have a great week.

BACK TO STORY INDEX